Braime Pressings was founded in 1888 by T.F. Braime and was later joined by J.H. Braime. The company operated out of small premises in Hunslet Leeds, initially producing small pressings with a flypress and fabricating the famous Braime Oil Can.

Braime’s steel oil cans became world renowned bringing orders from Adelaide, Melbourne, Rio de Janeiro, and Newfoundland and the business quickly grew. The rise of the motoring industry increased demand for metal pressings and soon larger premises were needed. The current premises are 220,000 sq.ft and opened in 1911. This was fully operational in time to take an active part in the war effort between 1914 and 1918.

Through a valued reputation, which remains today, the company continued to grow throughout the 20th century obtaining a full quote on the London stock exchange in 1950. Towards the later part of the century the company expanded into the material handling industries through its subsidiary 4B Elevator Components which now operates from locations in the UK, France, the US, and the Far East. Braime Elevator Components won the Queens Award for export in 1998. 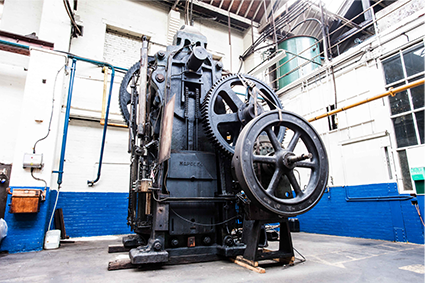 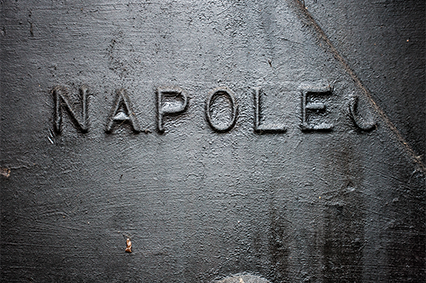 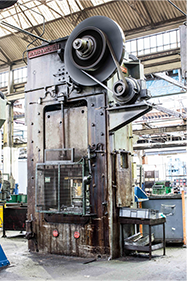